Isn’t it Ioniq, Don’t You Think? 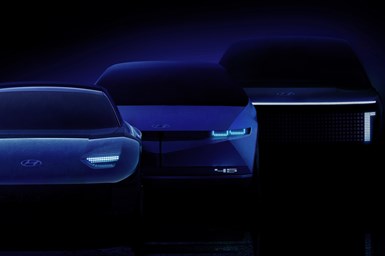 Starting next year, the nameplate will become its own EV sub-brand under parent Hyundai Motor Group. The initial lineup will include the:

Other models will be added later, with crossovers getting odd-numbered designations and traditional cars using even numbers.

All Ioniq vehicles will ride on Hyundai’s new Electric Global Modular Platform (E-GMP). The “skateboard” layout, which packages the batteries in the floor pan, was used in Hyundai’s recent 45 and Prophecy concept vehicles that preview the new 5 and 6 EVs, respectively. 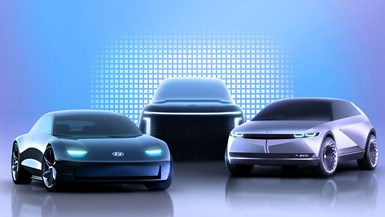 Hyundai says the architecture will enable the EVs to have spacious interiors with highly flexible seating. The company likens the design to a “smart living room.”

Other features will include wireless connectivity, drawer-like storage compartments and simple, intuitive user interfaces, according to the carmaker. It says the brand will focus on creating customer-oriented EV experiences centered on connected lifestyle with future innovations that combine design, technologies and services to integrate in- and out-of-vehicle benefits.

When Hyundai introduced the current Ioniq models, it said the name came from the fusion of the words “ion” and “unique.”

Keeping with this philosophy, the new Ioniq EVs will feature their own distinctive design cues. Common elements will include pixelated headlights, which debuted on the 45 and Prophecy concepts, and “timeless value” themes inspired by past Hyundai cars and vintage models from other brands.

Several other carmakers also have launched EV sub-brands—including BMW i, Mercedes EQ and Volkswagen ID—to accelerate their electrification efforts. General Motors also is said to be considering spinning off its electric car business.

The Ioniq strategy is similar to the one Hyundai used in 2015 with the launch of its upscale Genesis unit, a name that previously adorned the carmaker’s flagship model.

Hyundai Motor Group, which also includes Kia and Genesis, aims to sell 1 million EVs (including fuel cell models) per year by 2025. By then, the company expects to be the third-largest maker of EVs, accounting for 10% of the global volume.

The new EVs will be sold through existing Hyundai dealerships. The current Ioniq models are expected to be renamed or dropped altogether at the end of their lifecycles.

To paraphrase Alanis Morissette, “Isn’t it Ioniq, don’t you think?”