Advanced driver-assist systems may soon get a boost from a previous emerging technology that has stalled in recent years: thermal imaging sensors. 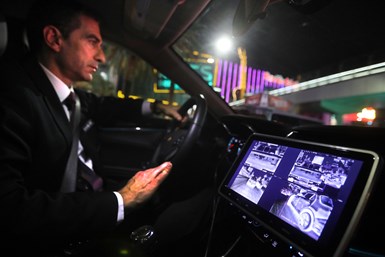 AdaSky, an Israeli startup founded in 2016, says it has improved the performance and significantly reduced the cost of the technology. The company aims to launch mass-production applications in 2024.

ADAS and semi-autonomous vehicle systems currently rely on a mix of video cameras, radar and ultrasonic sensors to help vehicles see their surroundings. But they all have limitations, especially when it comes to detecting pedestrians during inclement weather and varying light conditions.

A report issued by AAA last autumn highlighted the shortcomings. In tests of various vehicles equipped with automatic emergency braking systems, the sensors failed miserably. In simulations of children darting into traffic between parked cars, the test vehicles struck test dummies 90% of the time.

There was only a 40% effective rate in detecting adults crossing in front of a car as it makes a right turn during daylight. None of the systems could detect a person’s presence at all at night.

Far-infrared cameras (thermal sensors) can see people and animals—and distinguish between them—hundreds of feet ahead in inclement weather. 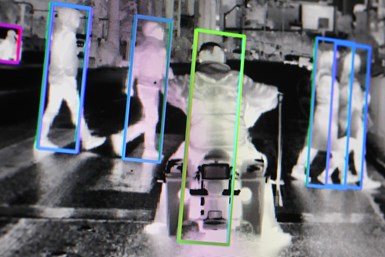 The technology, which detect wavelengths below the visible spectrum that indicate heat, have been used in night vision systems in high-end vehicles for about 20 years.

But take rates have been virtually non-existent.

Early systems were “outrageously big and expensive, making them difficult to integrate into vehicles,” declares Udi Levy, AdaSky’s vice president of products. As a result, he says, most carmakers have stopped offering them.

But the surge in ADAS has jump-started development efforts and led to recent advancements, Levy says. In addition to AdaSky, several other companies (including FLIR and Seek Thermal) are developing automotive applications.

Thermal cameras would be used in conjunction with cameras and radar, rather than replace them, as part of an integrated sensor suite to improve overall performance, Levy notes. 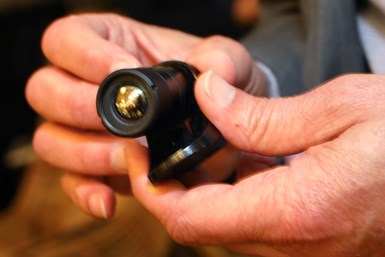 AdaSky’s new sensor set is 80% smaller (3.2 x 5 cm) than current thermal imaging cameras, which Levy says will allow it to be packaged virtually anywhere on a car’s exterior.

He credits the reduction to a combination of improved integration, advanced optics and other enhancements.

AdaSky also has developed a shutterless camera, without any moving parts. This enables it to be used in AEB and other active safety systems, Levy says, noting that shutters would temporarily obscure a camera’s vision.

The integrated system houses all its electronics internally and can be connected with any computer platform. Improvements also have been made to cut energy consumption in half, which Levy points out is especially important for electric vehicles.

At high volumes, AdaSky is targeting costs in the $100 range. This would make them more competitive with radar and cameras, which Levy acknowledges are becoming commodities. The company currently is shopping for manufacturing partners.

Pedestrian fatalities are on the rise.

Thermal imaging can help identify and avoid pedestrians and improve so-called ADAS corner cases under a variety of conditions.

“Current sensors are good, but not good enough,” Levy asserts. “Sensor sets are evolving, and I think thermal imaging is the next big thing.”