Japanese Court Says Ghosn May Talk to His Wife

A court in Tokyo had dropped an eight-month-old ban that blocked Carlos Ghosn from speaking to his wife as he awaits trial on charges of financial wrongdoing.
#Nissan #people #Renault

A court in Tokyo had dropped an eight-month-old ban that prohibited Carlos Ghosn from speak to his wife as he awaits trial in Japan on charges of financial wrongdoing.

Prosecutors insisted on the ban, claiming communication between Ghosn and his wife Carole might lead to tampered evidence or false alibis. 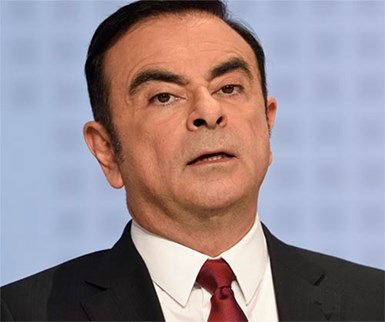 Requests by Ghosn’s lawyers to drop the restriction were turned down six times before the team prevailed today, the Associated Press reports. The court also overturned a prosecution appeal today to reverse the decision.

The court says Ghosn may now speak to his wife by video for no more than one hour at a time while chaperoned by lawyers. The allowable subject matter of their conversation is restricted, and their entire content of each video call must be reported to the court.

Ghosn was arrested a year ago on suspicion of failing to report 9 billion yen ($82 million) in deferred compensation. He has been released on highly restricted bail in Japan since late April. His treatment has attracted global attention to the country’s harsh judicial practices.

Ghosn’s defense team is accusing prosecutors of colluding with Nissan executives and the Japanese government to oust him from Nissan and block his efforts to further integrate Nissan with Renault SA, its alliance partner for 20 years.

Earlier this week, Carole Ghosn asked that her husband’s trial be moved to France. She claims he cannot receive a fair trial in Japan.