Japan’s Zero-Carbon Target Will Push Its Carmakers to EVs

Japan is calling on its carmakers to get really serious about electric cars. 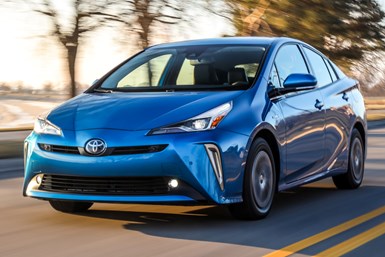 Suga was short on details, which are expected to be revealed in a government report by the end of this year. But he says achieving carbon neutrality will require a “shift in thinking” for Japan’s major industries—including automotive—that can transform the challenge into a path for major growth.

For the country’s carmakers, delivering zero-emission vehicles will mean revisiting their long-held skepticism about the viability of battery-powered vehicles.

Japan’s automotive leaders wrote off EVs years ago because of their inherently high battery cost and short driving range. They concluded that hybrid powertrains offered a cheaper and far more practical way to quickly cut emissions and boost fuel efficiency.

Eventually, they figured, hybrids would give way to the ultimate power source, hydrogen-burning fuel cells.

As the best-selling Toyota Prius hybrid hatchback has shown, that strategy did have merit. But the second part of the plan—commercializing fuel cell vehicles—remains as elusive as ever. 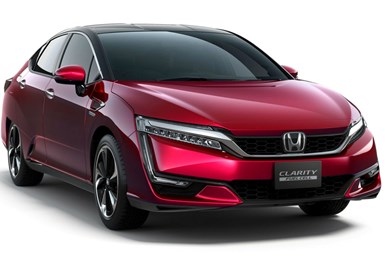 Japan’s auto industry has sold only a few thousand hydrogen-fueled cars to date. That’s well below the government’s hope of 40,000 sales by the end of this year.

In the meantime, EV battery costs are dropping quickly, and advanced battery chemistries are beginning to erase concerns about range.

Now, the world’s major markets are accelerating their move to EVs as a faster way to address tightening carbon emission regulations. Japan’s hybrid approach is beginning to look old, and it is falling out of step.

Japan’s carmakers aren’t blind to the shift. Nissan aims to hike the ratio of hybrid and all-electric models it sells to as much as 60% within four years.

Earlier this month, Honda announced it was dropping out of Formula One racing to redeploy engineering dollars and talent to the more existential priority of becoming carbon neutral by 2050.

Toyota’s European unit expects to introduce its first all-electric model, probably a crossover vehicle, in 2021. Yet the company remains cautious about giving up on hybrids quite yet, predicting that the cost of pure electric cars will remain high for years to come.