So says Dutch vehicle authority RDW, whose assessment applies for all members of the European Union. 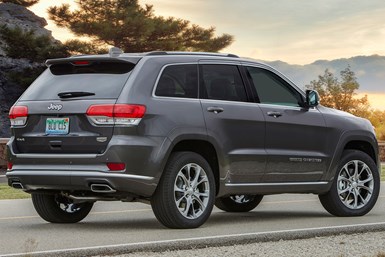 RDW says its tests show that the diesel management system in the Grand Cherokees functions differently on the open road than it does during emission lab tests. The result: The SUVs spew “many times higher” levels of nitrogen oxides in real-world driving, the authority says.

NOx are smog-forming gases. When released into the atmosphere, they can react with sunlight to form ozone. They also may mix with moisture in the air to form nitric acid that results in so-called acid rain.

RDW’s investigation stems from—you guessed it—the Volkswagen diesel cheating scandal that began in 2015. The revelation that VW rigged 11 million diesels to cheat on emission tests has spawned local environmental authorities to see which other diesel makers might have done the same.

Since then, regulatory investigations have turned up suspicious diesel control systems in cars and trucks throughout Europe and beyond. Here are links to reports on some of the companies targeted to date: Audi,BMW, FCA, Daimler, Opel, PSA, Porsche, Renault and yes, VW.

Under EU’s regulatory system, a vehicle model certified in one member country can be sold within the entire bloc. At the same time, any member nation can order an EU-wide recall of a model it has previously certified.

Reuters notes that critics have derided the EU’s regulatory system as enabling carmakers to shop around for the most lenient certification labs.

Reuters notes that critics have derided the EU’s regulatory system as enabling carmakers to shop around for the most lenient certification labs.

RDW says it means business. The authority points out that it detected a similar issue with diesel-powered versions of the Suzuki Vitara SUV. But the software patch Suzuki came up hasn’t worked.

The authority warns that Suzuki must come up with a better solution, and fast, or its diesel Vitaras will be banned from being driven on public roads.