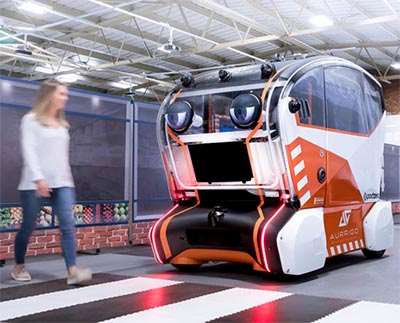 The feature is intended to mimic the eye contact a pedestrian routinely establishes with the driver of a conventional vehicle before stepping into its path.

The pod’s “eyes” are linked to the vehicle’s sensors and are meant to confirm that the vehicle has detected the pedestrian.

Autocar says cognitive psychologists will assess the behavior of pedestrians before and during the time when a pedestrian’s eyes meet those of the pod. The magazine notes that the study is part of the Autodrive consortium coordinated by Britain’s Innovate UK and Centre for Connected and Autonomous Vehicles.