Jaguar Land Rover Ltd. is testing a vehicle-to-infrastructure system that can help motorists synchronize their speed to the timing of traffic lights.
#Land Rover #tech #Ford 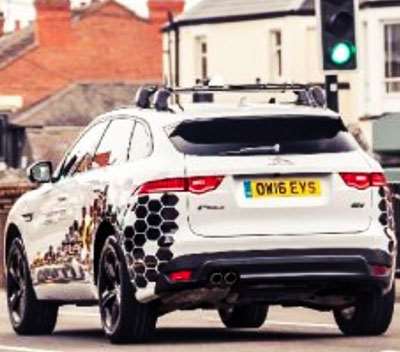 Jaguar Land Rover Ltd. is testing a vehicle-to-infrastructure system that can help motorists synchronize their speed to the timing of traffic lights.

Dubbed Green Light Optimal Speed Advisory (GLOSA), the telematics system enables vehicles to communicate with upcoming traffic lights. Based on the information, a suggested speed is displayed in the vehicle to help drivers avoid stops at red lights.

JLR is testing the technology in a specially equipped F-Pace crossover vehicle as part of the Autodrive research program in Coventry, England. The company expects GLOSA to be available in production vehicles by as early as 2022 with the advent of 5G communication networks and connected traffic lights. Other carmakers, including Ford and Volvo, are developing and testing similar systems.

JLR also is testing several vehicle-to-vehicle technologies as part of the Autodrive initiative. One system communicates with other vehicles to reduce the risk of collisions at intersections. Another technology alerts drivers to the presence approaching emergency vehicles.