A Takata seatbelt factory acquired by Joyson Safety Systems two years ago apparently had been falsifying test data for years, according to Japan’s transport ministry. 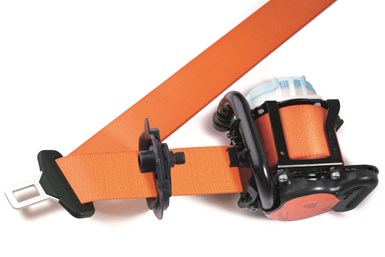 The ministry ordered Joyson to investigate the issue months ago after receiving a whistleblower report and has advised carmakers to prepare for recalls, sources tell The Nikkei.

Until Joyson Safety, now based in Auburn Hills, Mich., completes its probe, no one knows the magnitude of the problem. The company says it is reviewing 20 years of test results and so far has found no field failures or injuries involving the devices.

The newspaper’s sources say a Takata plant in Hikone manipulated strength test results for seatbelt webbing that had failed government standards, and shipped the material anyway. Joyson says any rigging occurred long before it acquired the facility.

Takata, of course, is best-known for lying about the tendency of its airbag inflators to degrade over time and then misfire when triggered by a crash. The defect killed at least 26 people—17 of them in the U.S.—and has maimed nearly 300 more.

The flaw also spawned the auto industry’s largest and, at an estimated $12 billion, the most expensive recall ever. So far, 19 carmakers have replaced more than 100 million flawed Takata inflators worldwide.

The scandal resulted in a $1 billion settlement of criminal charges in the U.S. and pushed Takata into bankruptcy in 2017. Michigan-based Key Safety Systems, which had been acquired by China’s Ningbo Joyson Electronic Corp. in 2016, stepped in a year later to buy most of Takata’s assets for $1.6 billion.

The potential repercussions of a Takata seatbelt scandal are huge.

The Nikkei points out that the company had been supplying webbing and belts to carmakers worldwide for years and is thought to control 30% of the global market for the devices.

Joyson avoided $1 billion in inflator liabilities when it acquired Takata’s assets out of bankruptcy. But that isn’t a likely option if seatbelts turn into a new Takata scandal.