Is it time to bring in the CEOs to personally resolve General Motors’ claim that Fiat Chrysler Automobiles bribed union officials?

Yes it is, says Detroit federal district court judge Paul Borman, who is handling the case. 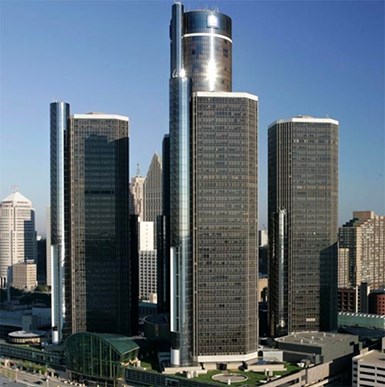 Earlier this week Borman ordered GM’s Mary Barra and FCA’s Mike Manley to meet face-to-face by July 1 and find a way to avoid the prospect of years of costly litigation.

An impatient Borman suggests that GM’s determination to pursue a formal court ruling is a “nuclear option” and a “waste of time and resources.”

The judge says the process also would distract the top executives of both companies at a time when they should be focused entirely upon running their companies and providing leadership in such pressing issues as social injustice and overcoming the coronavirus pandemic.

At the moment, the companies are miles apart, and a quick fix seems unlikely.

GM filed its racketeering complaint against FCA last November. The lawsuit asserts that the late Sergio Marchionne, who was CEO of FCA between 2009 and his death in 2018, personally authorized bribes for senior United Auto Workers union officials. GM claims the conspiracy gave FCA’s factories in the U.S. a dozen years of lower labor rates and more favorable work rules.

The cost difference cost GM billions of dollars, according to the company. It says the purpose of its filing is “not to destroy FCA” but to “get compensated for the bribery scheme.”

As evidence of wrongdoing, GM points to the guilty pleas of FCA’s former labor relations chief and two other employees involved in the misuse of funds intended for a joint FCA-UAW worker training center. GM, which claims it has a “very strong” RICO case under the Racketeer Influenced and Corrupt Organizations Act, lists the three men as defendants.

FCA filed a motion in January to dismiss the case. It claims the lawsuit has no merit and doesn’t show how GM was damaged even if corruption did exist. FCA also points out that the four-year statute of limitations for a RICO complaint would rule out most of the time in which GM claims damage occurred.

The lawsuit suggests that Marchionne sought to damage GM in part to coax it into merging with FCA. GM rebuffed two such overtures.

FCA asserts that GM might have timed the filing of last year’s lawsuit to disrupt plans announced five months earlier for a merger between FCA and PSA Group.

Borman’s call for executive action suggests the case has been moving at a snail’s pace. Whether the two sides are willing to even consider a quicker resolution should become clear in less than two weeks.