New-car registrations across Europe remained well below year-ago levels last month. But at least the numbers are getting less worse. 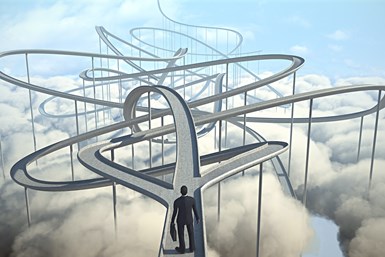 June sales fell 23% year-on-year to 1.13 million passenger vehicles. That compares with drops of 78% in April and 57% in May, says industry trade group ACEA.

Results for the first half of 2020 were pummeled by four back-to-back months of shutdowns prompted by the coronavirus pandemic. Deliveries skidded 40% to 5.10 million in January-June, the lowest total in more than a dozen years.

ACEA notes that dealerships have now reopened across the region, but consumer demand remains depressed. Some economists warn that car sales could shrink again if Europe’s uncertain economic recovery founders.

The pandemic cut Europe’s passenger car production through May by 2.4 million units, according to the trade group. It estimates that full-year deliveries will drop 25% to 9.6 million vehicles.

France, with a 1% gain in June, was the only country in the region to post an uptick last month. Among the other major national markets, totals plunged 32% in Germany, 35% in the U.K., 23% in Italy and 37% in Spain.

All major carmakers in Europe reported double-digit year-on-year declines in June. Volvo, with a gain of 66 (!) cars, was the sole exception.

For the high-volume companies, regional sales fell 36% for Volkswagen Group, 30% for PSA Group and 16% for Renault Group. ACEA’s Japanese and South Korean members also reported double-digit declines for the month and half-year.

Assessing the pace and strength of recovery for regional car markets is tricky.

Analysts remain skeptical about the accuracy of China’s data, which also lacks detail. The U.S. market has been a blur since several major players stopped reporting monthly results. Europe offers the most specific glimpse of its recovery.

Still, the big picture is pretty much the same everywhere: Markets are improving and all face plenty of uncertainty ahead.