California-based Karma Automotive LLC is restructuring and hopes to market its technical expertise and excess production capacity in a bid to turn a profit.
#Karma #Fisker

Karma Automotive LLC is restructuring and hopes to market its technical expertise and excess production capacity in a bid to turn a profit.

The company is utilizing only about half its capacity to make hand-built sport sedans at its factory in Moreno Valley Calif. The company tells Automotive News it would be amendable to sharing the facility with another carmaker. 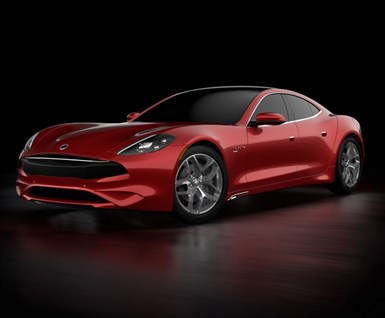 Karma also hopes to develop a technology consulting business that offers its design, design and customization abilities, WardsAuto.com reports. The online magazine notes that the company has been losing a rumored $50,000 on each $135,000 car it sells.

Karma launched a reengineered version of its Revero GT series hybrid (pictured) earlier this month. The carmaker says its plans for a higher-performance Revero and an electric SUV/crossover remain on schedule.

Meanwhile, the company reportedly is struggling with sagging morale as it cuts staff. Karma President Dennis Dougherty quit earlier this year. In early October Chief Technology Officer Bob Kruse resigned. The company has trimmed its purchasing and production teams and could fire half its engineers, sources tell WardsAuto.

Karma was created in 2014 when the assets of bankrupt Fisker Automotive were acquired by China’s Wanxiang Group Corp. WardsAuto says Wanxiang has slashed its funding for the startup to $100 million per year from $400 million.