The carmaker, which launched the Revero GT plug-in hybrid sedan a year ago, says it will introduce its first full electric vehicle by the end of 2021. 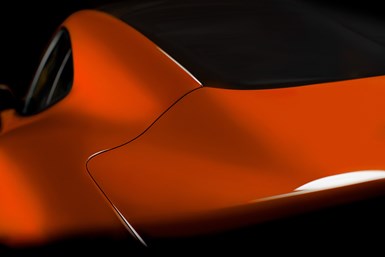 Expected to be named the GSe-6, the new model will be part of Karma’s GS family of vehicles. The series will include a mix of hybrids and EVs.

The GSe-6, which originally had been expected to be called the GTE, will feature several battery options. The top-end 100-kWh unit will have an estimated driving range of more than 300 miles.

Karma released the first teaser image of the EV this week.

The vehicles will be based on the Revero GT. But they will be more affordable, relatively speaking, than the $145,000 luxury hybrid sedan.

Interested buyers can reserve the new EV for a $100 refundable deposit.