California-based Karma Automotive will take the wraps off a new concept vehicle, which was designed by Italy’s Pininfarina SpA, at next month’s Shanghai auto show.
#Karma #Fisker #asia

California-based Karma Automotive LLC will take the wraps off a new concept vehicle, which was designed by Italy’s Pininfarina SpA, at next month’s Shanghai auto show.

A darkened teaser image suggests the vehicle will be a traditional coupe or sedan rather than a crossover vehicle. Karma also will unveil an updated version of its Revero electric car, along with another concept vehicle, the Karma Vision, in Shanghai. 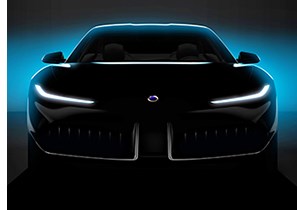 In January, Karma and Pininfarina announced plans to work together on future projects. Karma says Pininfarina’s design expertise will help the carmaker accelerate product development and better personalize and differentiate its models.

The freshened Revero sedan is expected to bow later this year. Karma introduced the vehicle, which is based on Fisker Automotive’s short-lived Karma model, in 2017. The Vision concept is expected to lead to a next-generation car, according to media reports.

Pininfarina and sister company Automobili Pininfarina are readying their own vehicle, the Battista hypercar. The all-electric car is powered by four electric motors that generate a combined 1,900 hp. Both Pininfarina companies are owned by India’s Mahindra & Mahindra Ltd.