Kia Motors Corp. has officially launched its first auto plant in India, a $1.1 billion facility in Anantapur with capacity to make 300,000 cars per year. 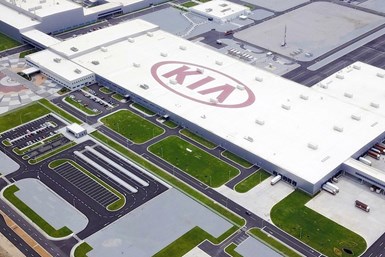 The company says it will add the Carnival MPV (sold as the Sedona minivan in other markets) and a subcompact crossover model code-named QY1 in 2020. Hybrid and all-electric vehicles may be included later.

All models made at the new factory will be promoted with a new digital sales strategy that includes an online purchasing option and 24-hour real-time mobile vehicle maintenance, according to the company.