A former Uber engineer must serve 18 months in prison for stealing thousands of files about Google’s autonomous car program.

Thus concludes a saga worthy of a cheesy Hollywood drama.

It all began in 2016 when Anthony Levandowski, a part of Google’s autonomous car program (now known as Waymo), quit to become co-founder of Otto, a San Francisco company eager to develop retrofit kits that could turn big highway rigs into robo-trucks. 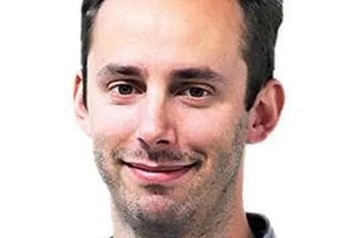 As a farewell gift to himself, Levandowski absconded with 14,000 computer files that detailed Google’s lidar-based sensor technology.

Within months Uber, then under the command of legendary Silicon Valley bad boy Travis Kalanick, acquired Otto for $680 million and hired Levandowski to head its own robo-car program.

By early 2017, Waymo had gotten wind of the heist. It sued Uber (but not Levandowski), claiming the ride-hailing company was using the stolen trade secrets. Levandowski refused to testify in the case and was fired by Uber in May 2017.

Uber insisted all along it didn’t have and never used any of the purloined documents. No one proved otherwise. But in 2018 the company agreed to pay Waymo $179 million to settle the case.

Case closed? Not quite.

Last summer, things heated up in a very personal way for Levandowski. The U.S. Dept. Justice charged him with 33 counts of theft and attempted theft of Waymo trade secrets. He was convicted of stealing those 14,000 documents and ordered to pay his victim $179 million in damages for his thievery.

Levandowski soon filed for bankruptcy, declaring assets worth somewhere between $50 million and $100 million.

Throughout this saga, Levandowski steadfastly declared himself innocent of any wrongdoing. Nevertheless, he now faced as many as 10 years in prison.

Unfazed, Levandowski argued that he should serve out his sentence from home in Marin County because he might catch COVID-19 in prison and die. He said his risk was higher than normal because of previous bouts with pneumonia.

Prosecutors, who sought a 27-month prison term, agreed that Levandowski wouldn’t have to report for incarceration until the pandemic subsides. On Aug. 4, he received his 18-month sentence from a judge who described his caper as the “biggest trade secrets crime I have ever seen.”

The judge, who Reuters says has handled Silicon Valley lawsuits for nearly four decades, did not reveal his Rotten Tomato rating for the Levandowski drama.