The first-generation LS was launched in 1989 as the inaugural model for Toyota’s upscale Lexus unit. The fullsize sedan has served as the brand’s flagship model ever since.

Along the way, some major changes have been made to keep it fresh. This isn’t one of those years—at least not on the surface. 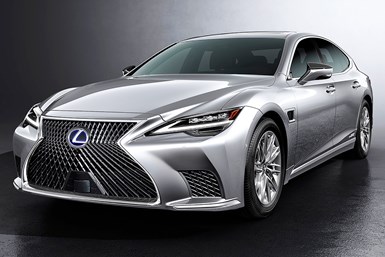 Visually, the 2021 Lexus LS isn’t much different than the current model. The updated sedan gets new lighting treatment, a revised front bumper and a few tweaks to the signature spindle grille on some variants of the flagship car. There’s also a new silver paint color, dubbed Gin-ei Luster, that Lexus claims provides a mirror-like finish.

But the midcycle update does include several new tech features, interior upgrades and other refinements to help the LS compete against its Audi, BMW and Mercedes-Benz counterparts.

The system can be upgraded as features are improved and added, according to the carmaker. 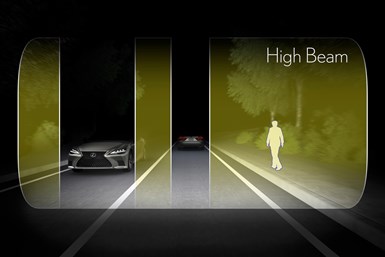 The new LS also has an advanced parking assist system that automatically guides the vehicle into a designated parking space. No driver input is needed, but those so inclined can follow the action via a 360° view of the surroundings shown on the central display.

An adaptive high-beam headlight system also will be available in some regions. The technology, which currently isn’t allowed in the U.S., controls individual LEDs as necessary to avoid blinding drivers in oncoming cars.

Lexus says there also will be a noticeable difference in the LS’s ride and handling and overall comfort. Enhancements include:

The current model’s 3.5-liter V-6 and hybrid-electric option are carried over, but both are refined to run more quietly and provide quicker acceleration.

The hybrid system teams a naturally aspirated 3.5-liter V-6 with a pair of electric motors that produce a combined 354 hp. Acceleration is boosted by increased hybrid assist.

Both powertrains use active noise cancelation and other technologies to reduce sound transmission into the passenger cabin.

Lexus also upgraded the 2021 model’s interior. Highlights include a new, 12.3-inch touchscreen—the current car’s lack of one has been roundly criticized—a digital rearview mirror and a “floating” center console. 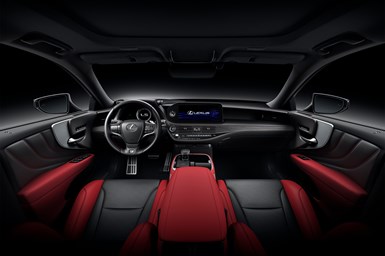 The infotainment system is compatible with Android Auto and Apple CarPlay. Users also can control the display screen and audio functions via voice commands and through their smartphone.

Appearance packages include a new “platinum leaf” look that aims to create a relaxing atmosphere, which Lexus compares to the “path of moonlight on the sea.”

Even in luxury cars, sometimes it’s the little things and attention to detail that can make a difference—especially for a nameplate that’s built to last. Since it was introduced in 1989, more than 870,000 LS cars have been sold worldwide. The current model starts at about $75,000.