South Korea’s LG Chem says it will set up its battery cell business as a wholly owned subsidiary in December.

“Now is the right time for the corporate spin-off,” the company says, citing a sharp jump in demand for electric-car batteries.

The company says the tentative name for the new company is LG Energy Solutions.

More important, EV battery business has turned profitable. The unit posted an operating profit of $133 million in the second quarter, and it expects stronger results in the second half.

It’s all about sales, and LG Chem has a bunch. Its EV battery business is on track to rake in $11 billion this year. The unit reported in July it had piled up $125 billion in orders—enough to keep it busy for the next five years—and is spending $1.7 billion to add capacity.

The supplier predicts the global EV market will grow 35% per year through 2024. By then, the company expects its own annual battery sales will jump to $26 billion. 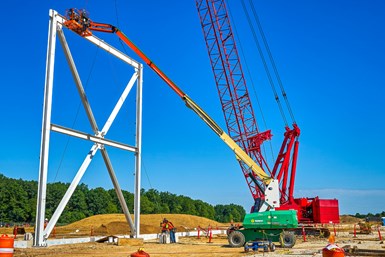 An LG Chem factory in Michigan has been providing a relatively modest volume of cells for GM’s electrified models since 2013.

In December, the two companies launched a $2.3 billion, 50:50 venture to crank up output with a huge plant in northern Ohio. When completed, the facility will be the world’s largest, with annual capacity of more than 30 gigawatt-hours.

In January, LG Chem began supplying batteries to Tesla’s new assembly plant in Shanghai. In February it signed a battery supply deal with India’s Mahindra & Mahindra. The company also has agreed to provide 900-volt batteries to EV startup Lucid Motors for its first model, the Air due next spring.

LG Chem, like other EV battery suppliers, is just getting started as the global auto industry gets very serious about electrification.