Another fledgling lidar maker aims to go public with the help of a “blank-check” merger company by year-end.

This time it’s Aeva, a Silicon Valley startup, which has recently signed a supply deal with ZF to produce its devices commercially by 2024. The company also is working on a development program with the autonomy tech unit of Volkswagen Group’s Audi brand. 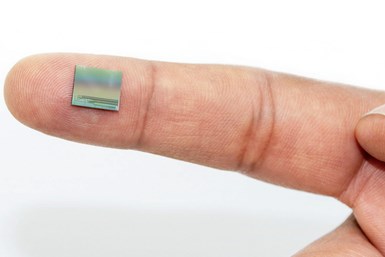 SPACs are set up solely to raise funds through an IPO to buy another company. The maneuver is considered a simpler, faster and potentially more lucrative option to a traditional IPO.

Aeva’s IPO, expected to launch early next year, values the company at $2.1 billion and will supply the startup with as much as $363 million in development funding. The company tells Reuters it will use the proceeds to accelerate its development of sensors for the consumer electronics market.

When the dust settles, Aeva’s existing shareholders will own 80% of the company. About $120 million in common stock will be issued through a private placement at $10 per share.

Aeva was founded in 2017 by former Apple engineers Soroush Salehian, now CEO, and Mina Rezk, the company’s chief technology officer. Both will retain their posts after the IPO.

FMCW sensors are more energy-efficient and cheaper because they use conventional silicon semiconductors, according to the company. They also boast long range and the ability to instantly track the velocity and direction of moving objects.