Unveiled at this week’s Los Angeles auto show, the Corsair Grand Touring model will team a 2.5-liter 4-cylinder engine with two electric motors. The combination is expected to generate 266 hp and have an all-electric range of more than 25 miles. 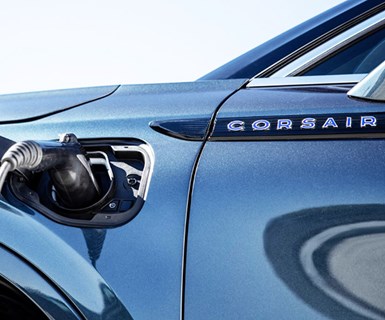 From a power standpoint, the Corsair GT slots between two conventionally powered Corsairs. The base crossover is fitted with a 2.0-liter 4-banger that makes 250 hp and 280 lb-ft of torque, while the optional 2.3-liter engine kicks out 295 hp and 310 lb-ft.

The plug-in hybrid crossover’s 14.4-kWh lithium-ion battery can be fully replenished in less than four hours via a 240-volt Level 2 charger, according to the carmaker.

The conventionally powered Corsair, which succeeds the previous MKC in Lincoln’s lineup, shares a platform with the Ford Escape crossover. Sales of the plug-in hybrid variant are due to start next summer.