Longer-Range Bimmer PHEVs in the Works 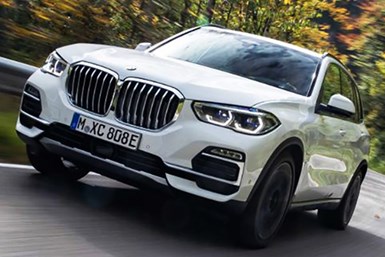 BMW Group has long been a leader in plug-in hybrid vehicles. The company has 12 such models in its lineup this year, including the new X2 crossover and Mini Countryman.

But, for the most part, plug-in hybrids (BMW’s and others) have been very limited in terms of electric range. In many cases, drivers can go only 20 miles or less before the combustion engine kicks in.

This is starting to change. The updated X5 PHEV is rated at 30 miles—more than double its predecessor’s range—thanks to a larger battery. The 330e PHEV also has an all-electric range of 25-30 miles. 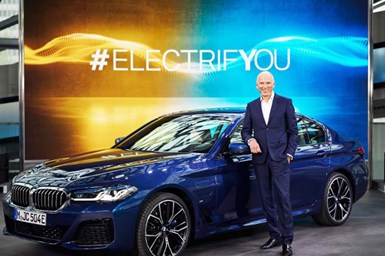 Future models will be even better. The next generation of plug-in hybrids will be able to drive 100 km (62 miles) per charge, according to board member Pieter Nota.

He didn’t provide details or a timeline for the program. But Nota believes there are millions of people in Europe alone whose “mobility behavior is ideally suited to a plug-in hybrid vehicle,” which he describes as using electric power for daily commutes and with the occasional need for piston power to cover long distances.

To encourage owners to drive PHEVs in electric mode, BMW is developing a new rewards program. Members will accumulate points for every mile driven under electric power, which they can exchange for gifts and discounts.

BMW also is experimenting with geofence technologies. Sensors determine when a PHEV is about to enter a zero-emission zone and automatically switch the powertrain to electric mode to ensure compliance.

In addition to PHEVs, BMW is readying a host of other hybrids and full-electric models, including the upcoming iNext flagship EV.

By 2023, the company aims to have 25 electrified models on the road. Such vehicles are expected to account for as much as 25% of the carmaker’s global sales by 2025.

The rollout is even more aggressive in Europe. Sales of hybrids and EVs are on track to hit one-fourth of overall sales there next year, then grow to one-third and half by 2025 and 2030, respectively.

Flexibility is key. The latest 5 Series sedan, for example, offers five hybrid variants. BMW also is retooling factories to allow a single line to produce a mix of EVs, PHEVs and models with stand-alone combustion engines. The company’s Dingolfing, Germany, facility will be the first to offer such capability, starting with the iNext’s launch next year.