The naysayers are changing their tune about U.S. car sales for 2019. Now it looks like sales once again will reach at least 17 million units.
#Chevrolet #Chrysler #Ford

That would mean a record fifth straight year of 17 million-plus sales. Analysts have been predicting for two years that sales would slip. But so far, consumers are proving them wrong.

It’s all about trucks, of course. A decade ago, pickups, SUVs, crossovers and vans owned 47% of the American car market. Now the ratio is closer to 75% and is still climbing. 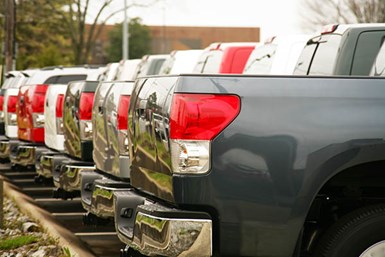 General Motors, Ford and Chrysler dominate the truck sector in America, especially when it comes to pickups. They also seem happy to abandon the sedan market just as fast as consumers do.

Ford announced in April 2018 it would phase out almost all its conventional cars in the U.S. (notable exception: the Mustang sport coupe). The company canceled all national ads for sedans five months later. This wasn’t some crazy marketing idea: At the time, car sales were down 16% at Ford, and demand for the company’s trucks and SUVs were zooming. It’s the same story now.

Last week GM’s Buick brand revealed it will kill off its last sedan, the midsize Regal, next summer. From now on, “Buick” means SUV/crossovers. At least in the U.S., that is. The brand’s sedans are still selling well in China, it largest market. But even there, SUV sales are up, and sedan sales are slipping.

Back in the U.S., what’s left of the shrinking conventional car market is increasingly dominated by brands from Japan, South Korea and Europe’s luxury marques. But every one of those producers is beefing up its lineup of SUV/crossovers.

How far will the American market swing from cars to trucks? Some analysts say the ratio will max out at 80%. But they’ve been wrong before.