The company will accomplish the IPO through a merger with 9-month-old DiamondPeak Holdings, a so-called “blank check” company that will conduct the offer. Stock in the company, with a valuation of $1.6 billion, will be listed on the NASDAQ as “RIDE.” 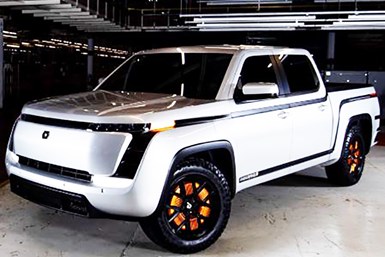 Catering to the Commercial Market

Lordstown Motors, at least initially, aims to avoid the competition and logistical complexity of the EV mass market in favor of pursuing what DiamondPeak CEO David Hamamoto describes as a “clear lane” of identified commercial fleet customers.

The $52,500 Endurance is expected to go on sale in January. First-year output of 20,000 units will be used to fill pre-orders from commercial fleet operators. The list of first-round buyers includes utility FirstEnergy, tiremaker Goodyear and building restoration firm Servpro.

Lordstown Motors is the startup that bought the 6.2 million-sq-ft Lordstown (Ohio) assembly plant shut down last year by General Motors. GM sold the facility for a reported $20 million and later loaned the startup $40 million. 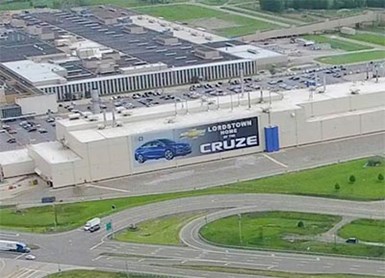 The company also is a bidder for a $6 billion contract to supply mail delivery trucks to the U.S. Postal Service. The company is competing with three other finalists: Karsan-Morgan Olson, Mahindra Automotive and Oshkosh-Ford.

The first vehicle Lordstown Motors plans to build will be the Endurance fullsize pickup truck. The vehicle was developed as the W15 truck by Cincinnati-based affiliate Workhorse Group.

The Endurance features four in-hub electric motors that will produce a combined 600 hp. The architecture results in a simpler powertrain that replaces the usual engine, transmission, differential and driveshaft.

Lordstown Motors claims the truck will have sporty handling, a 7,500-lb towing capacity and a range of 250 miles per charge.

Reverse mergers offer an option to the big-ticket funding rounds that startups usually pursue to amass the investment needed to get themselves and their products launched.

In the world of EVs, startups and blank check companies are betting that investor mania for EVs—which has more than tripled the stock price of EV-leader Tesla so far this year—will rub off on others. Only time will tell.