The British carmaker, which is introducing its first EV—the 1,970-hp Evija hypercar later this year—previously has said all its future models will have an electric variant.

Now the company is partnering with U.K. utility giant Centrica on a program that promises to “redesign” EV ownership in a way that integrates mobility and energy.

Extension of the Home 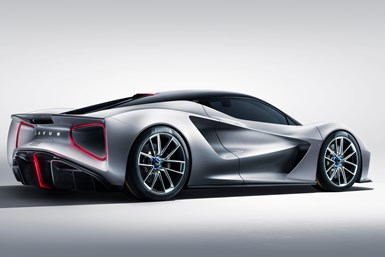 Lotus says future EVs will become an extension of the home, capable of storing electricity, minimizing emissions and generating new income by providing services to the energy market. This suggests a bi-directional charging system that will enable EVs to provide energy back to the grid.

Several other carmakers and suppliers are developing similar systems. The list includes Volkswagen, Renault-Nissan, Toyota and Fiat Chrysler. General Motors and Honda also are working on a joint program that utilizes blockchain technology to help manage interactions between EVs and the grid.

Lotus and Centrica, which is the parent company of British Gas, also plan to create a global charging and energy infrastructure for EVs. This could be similar to Tesla’s Supercharger fast-charging network for owners of its EVs.

Centrica also will help Lotus develop a sustainability program to implement low-carbon technologies throughout the carmaker’s operations. As part of its Vision80 strategy, Lotus aims to be carbon neutral by 2028, which coincides with the carmaker’s 80th anniversary.