Electric vehicle startup Lucid Motors aims to have the first phase of construction completed within a year for its assembly plant in Arizona.
#LucidMotors

Electric vehicle startup Lucid Motors Inc. has broken ground at the site of its planned factory in Casa Grande, Ariz., and aims to have the first phase of the facility completed within a year. 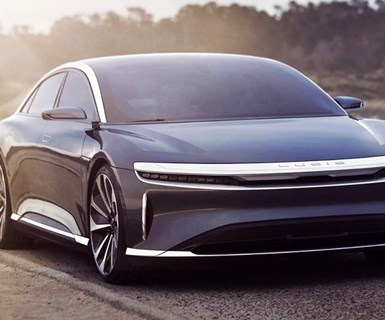 The company’s first model will be the high-performance Air electric sedan (pictured), which claims a top speed of more than 200 mph and a 400-mile-plus driving range. Lucid currently is building prototypes of the EV at its Newark, Calif., headquarters.