With a clear focus on another California carmaker, Lucid is counting on Lee and a growing list of other industry veterans to help it break into the auto industry.

Lucid is led by Peter Rawlinson, who was named CEO last year. He joined Lucid as CTO in 2013 after stints with Tesla (he was chief engineer for the Model S), Lotus and Jaguar.

Robinson’s direct reports all have serious automotive bona fides. Not surprisingly, several also are Tesla alums—who these days are spreading like wildfire throughout the industry (but that’s another story).

Lucid’s leadership team (and their past experience) includes: 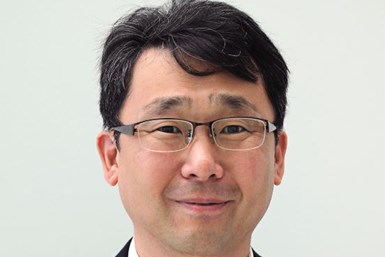 Lee, who has a Ph.D. in mechanical engineering from Korea’s Advanced Institute of Science and Technology as well as a post-doctorate degree from Cornell University, brings impressive credentials to Lucid.

They include (per his LinkedIn profile):

Lee’s expertise “strengthens our ability to launch the Lucid Air as the most technologically advanced car, with competitive ADAS and AD capabilities supported by future over-the-air upgrades," Rawlinson says.

Lucid plans to unveil the production version of the Air at the New York auto show in April. Pilot production is due to start by year-end at a $700 million facility the company is building in Arizona.

Specifications and other tech details about the Air will be announced in New York. But Lucid previously has said the car will have a 400-mile range and a top speed of more than 200 mph.

In addition to the Air, Lucid is said to have several other EVs in the works and aims to eventually produce 130,000 vehicles per year.

To help fund the ambitious plans, Lucid secured more than $1 billion in 2018 from Saudi Arabia’s Public Investment. And it’s clear the company is willing to invest in top talent to get the job done—something it will have to continue to do to hit its goals, let alone have any chance of giving Tesla a run for its money.