Moreno, who once owned 15 dealerships, operates his Drive Options service from his two remaining stores in northeast Ohio. The program allows members to pick from a variety of Audi, BMW, Lexus, Maserati, Mercedes-Benz, Porsche and Range Rover. Customer can rent or exchange vehicles on a daily or monthly basis.

There are six vehicle categories in the program, with prices starting at $148 per day for a small car, such as an Audi A4 or BMW 3 Series. The top-end “Executive” segment costs $348 for a Mercedes G550 or Porsche 911. 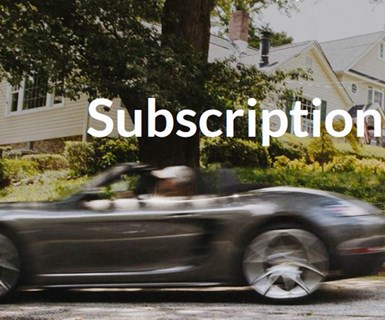 The program costs $500 to join, and members must pay a $5 fee when they are leasing a vehicle. Unlike with other subscription plans, Drive Options requires members to get their own insurance. There also is a driving limit of 50 miles per day, with overages costing 50 cents per mile.

Users can pick up a new vehicle for free at Moreno’s dealerships or have it delivered directly to them for a $25 charge. Members also can buy a vehicle after it’s retired from the Drive Options fleet.

Several luxury carmakers have tested their own subscription services over the last few years with varying levels of success. Skeptics have dismissed such programs as a "rich person's toy," and Volvo’s service is under legal challenge by a dealer group in California.

But Moreno believes some form of subscriptions is the future of automotive retailing. He points to younger consumer’s acceptance of such services in other industries, the advent of car-hailing businesses, rising costs of vehicle ownership and constantly changing in-vehicle technology offerings.

Multi-brand subscriptions are better than manufacturer-specific programs because they provide greater variety, Moreno tells Crain’s Cleveland Business. For carmakers to be successful with such schemes, they must be willing to reduce their margins, he says.