Remember the partnership Magna and Lyft announced in early 2018 to develop and manufacture an operating platform for fully autonomous vehicles? 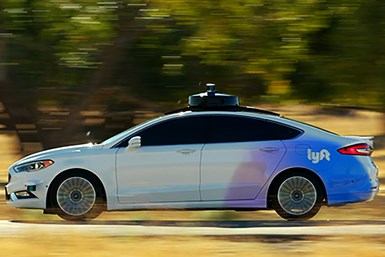 As part of the deal, Magna took a $200 million stake in the ride-hailing giant. The companies expected to equip future Lyft vehicles with the technology early this decade and eventually market the system to global carmakers.

Those days are over. Magna has decided to end the partnership, at least as far as it pertains to self-driving vehicle systems.

Magna now sees a much greater near- to mid-term potential, through at least 2025, for ADAS (advanced driver-assist systems) and semi-autonomous Level 2/3 technologies. It already offers some of the enabling sensor and controller capability and plans to continue in-house development.

“I do think that the market has become more realistic about how fast the various technologies will penetrate,” CEO Don Walker told analysts during a conference call.

Magna isn’t alone. The industry as a whole is backing away from grandiose plans for a fully autonomous future. High costs, technical challenges and a lack of clear standards or regulations are all problematic.

There also has been little public appetite for putting robots in the driver’s seat, with many finding the idea downright scary. People are more comfortable with ADAS (even if they’ve near heard of the term).

In addition to ADAS, Magna will focus its efforts on electrification and connectivity technologies.

Cutting development spending on autonomy also will benefit the company’s bottom line. This will help offset slightly lower sales that Magna is forecasting for 2020.

The downturn is expected to be a minor blip. In fact, company officials say the Canadian supplier is positioned well financially and would consider making a tech-related acquisition(s) in coming years.

Walker sees some opportunities for Magna to continue to work with Lyft. This could include jointly developing—and possibly manufacturing—future hardware and software systems.

Lyft also is moving forward with its own plan. The company, which has said self-driving cars could cut its operating costs by 60%, has several other partnerships and test programs. In November, the company opened a dedicated test track for autonomous vehicles in California.