The partners didn’t provide a timeline for the program.

The Mahindra EVs will use Ree’s skateboard platform and integrated corner module. The latter houses electric drivetrain, sensors, controllers and other components into each wheel well. 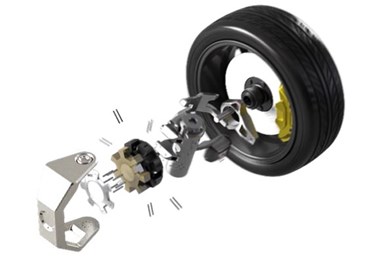 The design, which is said to be one-third lighter and has a two-thirds smaller footprint than other skateboard-type EV platforms, includes:

Each corner is completely independent and powered by its own ECU.

Ree says the modular platform can be used for a wide variety of vehicles, ranging in size from relatively small city cars and last-mile delivery vehicles to shuttle vans and medium-duty commercial trucks. 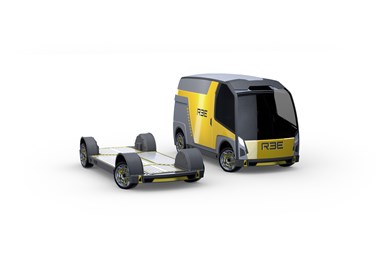 The Mahindra partnership is expected to help Ree achieve economies of scale for the technology. On the commercial vehicle side, Ree aims to eventually surpass 200,000 units per year.

Mahindra, which is India’s second-largest vehicle maker behind Tata, already has several EV initiatives. Last year, the company announced plans to more than quadruple production of such vehicles to 70,000 units per year by 2023.

The collaboration with Ree is Mahindra’s first electrification efforts for its commercial vehicle business.