Vehicle systems are increasingly sharing data and otherwise communicating with each other—and the outside world—to optimize overall performance. 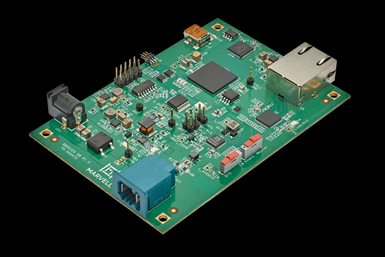 That’s a good thing. But it also creates more opportunities for hackers to infiltrate, steal and attack data points.

Computer network communications are divided into seven layers—as defined by ISO’s Open Systems Interconnection (OSI) model—each of which has its own set of protocols and potential security vulnerabilities. Each layer has a specific function, then passes data onto the next level.

To date, most of the auto industry’s cybersecurity efforts have focused on the higher levels (5-7), which define and support end-use applications.

Marvel’s new 88Q222xM PHY system focuses on OSI Layer 2. Known as the data link level, this is where packets are encoded and decoded into bits to enable data transfer between adjacent ECUs and other nodes. Security systems help determine how nodes gain access and transmit data.

Marvell says its system can protect against three types of malicious attacks:

The 88Q222xM platform also is said to consume less energy than other gigabit Ethernet PHY systems. And it is designed to work in partial networking environments in which various features operate in sleep mode until they are needed and have to be quickly awoken, such as lights, power windows and mirrors, and infotainment functions.

Citing industry forecasts, Marvell says there will be nearly 1 billion connected cars on the road worldwide by 2030.

At the same time, the rapid evolution of consumer electronics is driving more features into today’s cars, which require increased network bandwidth, improved latency and greater connectivity between ECUs.

This leads to a greater need for security throughout the vehicle at all levels of communications.

“Cybersecurity in a car has multiple dimensions, which means that security solutions are required for processing, in-vehicle networks and vehicle to external world network,” Marvell notes, adding that “Security is only as strong as its weakest link.”