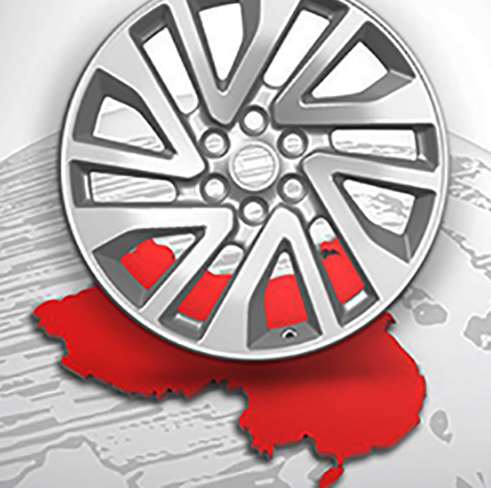 Germany’s Maxion Wheels is forming a joint venture in China with Dongfeng Motor Parts and Components Group to build aluminum wheels for the local market.

The new venture, dubbed Dongfeng Maxion Wheels, is constructing a manufacturing plant in China’s Hubei province. The partners aim to launch series production at the factory in the second half of 2020 with a projected annual capacity of 2 million wheels.

The plant will make low-pressure diecast aluminum wheels, including those with high-end finishes. Employment at the facility is expected to total 450 people.

Maxion, a division of Brazilian conglomerate Iochpe-Maxion SA, claims to be the world’s largest wheel manufacturer. The company produces nearly 60 million wheels per year for passenger and commercial vehicles, and off-road and agricultural applications. The unit was formed through Ichope-Maxion’s 2012 acquisition of Hayes-Lemmerz and earlier purchase of Meritor’s Fumagalli light vehicle wheel business.