Mazda Motor Corp. is developing a new diesel engine that it will launch next year. 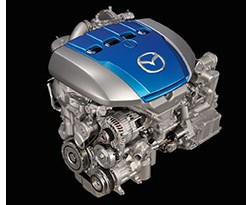 The engine will feature an unspecified “new approach” to diesels, Christian Schultze, who heads Mazda’s Europe research efforts, tells Autocar. He describes the technology as clean and “very efficient.”

Mazda introduced its Skyactiv-X homogeneous-charge-compression-ignition engine last year. That engine combines aspects of gasoline and diesel systems, functioning like the latter to ignite its air-fuel mixture through pressure rather than a sparkplug.