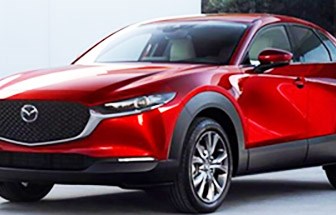 The carmaker unveiled the 2020 model (pictured), which will be sold globally, at the Geneva auto show in March. Company officials say the Salamanca plant was chosen in part because of Mexico’s trade agreements with Latin America, Europe, Canada and the U.S.

The Salamanca plant has capacity to build 250,000 vehicles per year. To make room for the CX-30, the factory’s output of the Mazda3 compact hatchback is being shifted to Japan.

The plant will continue to make the Mazda3 sedan, and Mazda2 subcompact and its Toyota Yaris twin. The CX-30, which slots between the CX-3 and CX-5 crossovers, shares a platform with the Mazda3.

In 2017, Mazda partnered separately with Toyota Motor Corp. to erect a $1.6 billion plant near Huntsville, Ala. That facility will begin making crossover vehicles for both companies in 2021, including another new Mazda SUV/crossover that is larger than the CX-5.