McLaren to Hybridize Entire Lineup by 2023

McLaren plans to offer hybrid variants of all its vehicles by 2023, including a supercar that can race from zero to 60 mph in 2.3 seconds.
#McLaren

McLaren Automotive Ltd. plans to offer hybrid variants of all its vehicles by 2023.

The electrified supercars will ride on the all-new platform McLaren plans to unveil next spring, CEO Mike Flewitt tells Car and Driver. Flewitt adds that the company won’t market an all-electric model in the foreseeable future. 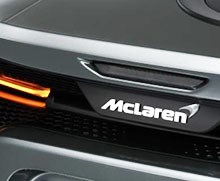 The first hybrid built on the new platform will be an unnamed speedster that teams a twin-turbocharged V-8 engine with an electric motor mounted on the front axle. The combination is expected to rocket the car from zero to 60 mph in 2.3 seconds, which would make it one of the world’s fastest production cars.

Other models based on the new hybrid platform could be teamed with a downsized V-6 engine. These vehicles would increase weight by as little as 65 lbs over current McLaren models powered by a stand-alone V-8, according to Flewitt.

In addition to saying “no” to EVs, Flewitt says McLaren has no plans to follow the trend of other ultra-luxury marquees that have launched SUV/crossover vehicles in recent years. He estimates that developing such a model would cost McLaren about $1 billion.