Severe pay cuts loom but may not be enough.
#europe #Daimler #MercedesBenz

Things are going to be a lot tougher than expected for Daimler because of the coronavirus pandemic, says CEO Ola Kallenius. 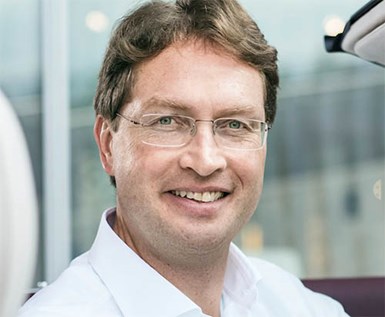 He tells employees to brace for the impact of a “significantly harsher reality” than the already-gloomy year the company was bracing for at the beginning of 2020.

Daimler and its Mercedes-Benz unit were in trouble well before COVID-19 arrived. Last year the company issued three profit warnings before reporting a 67% drop in net earnings to €2.4 billion ($2.7 billion) for 2019.

Then it got worse. Daimler’s net profit crashed 96% in January-March to a microscopic €96 million ($108 million). Daimler warned earlier that there will be red ink in April-June, marking the company’s first quarterly loss since the Great Recession in 2009.

The outlook for the rest of the year remains murky. Conceded Kallenius in April, “It is not possible to make a reliable forecast for 2020.”

Daimler announced last November it would dump 10,000 jobs worldwide and cut staff costs by $1.6 billion through the end of 2022. Now another 10,000 jobs may be jettisoned by 2025, sources tell Germany’s Automobilwoche.

Daimler won’t confirm the latter number. But Kallenius warns employees that “drastic” pay cuts—mostly for salaried staffers—loom ahead. And that may not be enough.

If the global demand for new cars doesn’t rebound steadily, the company may need to look for more drastic ways to lower its costs.

Daimler’s earnings have been squeezed by softening revenue and rising R&D costs.

But nobody knows when the revenue side of the dilemma will improve.

Daimler’s predicament certainly isn’t unique. What will be more telling is how well Kallenius, who just completed his freshman year as the company’s CEO in May, can manage his way out of it.