Daimler continues to dribble out details about its electrification plans.
#chassis #europe #Daimler

Daimler says battery-electric sports cars are in the works for its Mercedes-Benz unit.

“We have a very comprehensive portfolio [of electrified vehicles],” adds Chief Operating Officer Harald Wilhelm in an interview with Bloomberg Television, “and sports cars will go electric as well.” 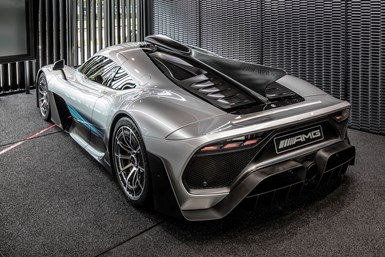 Daimler’s “electric first” strategy aims to generate half its passenger car sales from plug-in hybrids and all-electric vehicles by 2030. The rollout next year will include five EQ-series electrics and 20 plug-in models.

The company has said it plans in 2021 to offer the Mercedes-AMG One, a plug-in hybrid supercar powered by a street version of the 1,000-hp hybrid powertrain used in Formula One race cars.

Mercedes also will debut the EQS, an all-electric variant of its S-Class large sedan in 2021.

Two weeks ago, Daimler revealed the EQC 4x42 test platform for future electric SUVs. The drivable demo features a ride height of 11.5 inches, more than twice the clearance of the conventional EQC crossover. The platform also offers a fording depth of 15.7 inches. 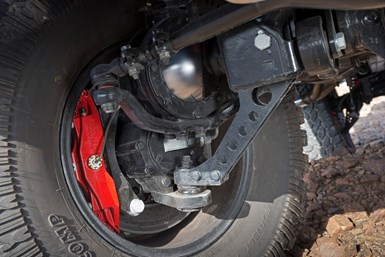 The unusually tall clearances are made possible by an offset axle system first seen in the outrageous G 63 AMG 6x6 SUV show car unveiled by Daimler in 2013.

Daimler’s EV plans will begin to get real next year and continue with a steady stream of new products through the end of the decade. The company also expects its electrified models to become profitable by 2025.