Daimler AG says it will continue its partnership with the Renault-Nissan-Mitsubishi alliance to develop a next-generation version of the Mercedes-Benz Citan delivery vehicle, including an all-electric variant. 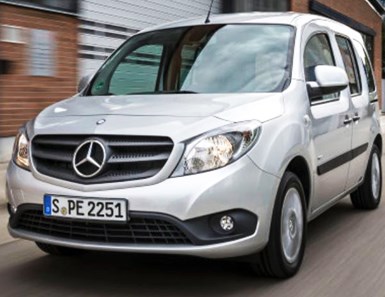 Introduced in 2012, the compact Citan is based on the small Renault Kangoo van. Renault has offered an electric version of the Kangoo for several years.

The new Citan will be completely redesigned and immediately recognizable as a Mercedes model, according to the carmaker. No other information or timetable was provided for the program.

The Kangoo also will provide the basis for the next-generation Nissan NV200 van. Renault will produce the Kangoo, Citan and NV200 at its facility in Maubeuge, France.