Daimler AG’s Mercedes-Benz unit is planning an all-electric variant of its G-Class SUV. 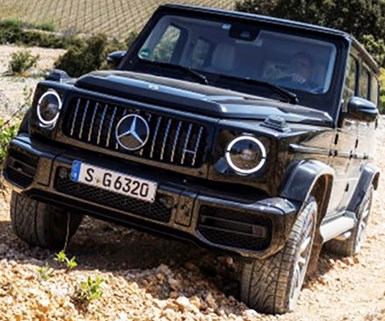 Daimler CEO Ola Kallenius announced the EV yesterday at an event in Berlin. Kallenius notes that there had been internal talks about discontinuing the boxy off-road SUV altogether, but he now foresees a long life for the G-Class.

The electric variant, which likely would be sold under Mercedes’ EQ sub-brand, isn’t expected to be introduced for several years. Media reports speculate that the vehicle will be fitted with two electric motors and a large battery.

The current G-Class (pictured) bowed last year, marking the model’s first full redesign since the nameplate was introduced 40 years ago. The 2019 model is powered by a twin-turbo 4.0-liter V-8 that generates 422 hp and 450 lb-ft of torque. An inline-6 diesel option, which makes 286 hp and 443 lb-ft, is offered in Europe.