PSA Group and Fiat Chrysler Automobiles say two PSA platforms will carry two-thirds of all small cars made by the companies after they merge.
#GeneralMotors #PSAPeugeotCitroen #Chrysler

Hours after finalizing their commitment to merge, PSA Group and Fiat Chrysler Automobiles say two PSA platforms will carry two-thirds of all future small cars—some 5.6 million vehicles per year—produced by the combined carmakers.

It’s a decisive move to cut production costs by sharing common platforms. Besides, the two PSA chassis, known within the company as CMP and EMP2, are fresher and offer more design flexibility than FCA’s platforms. For one thing, they can easily handle piston, electric and/or hybrid power sources.

The Mark of Tavares 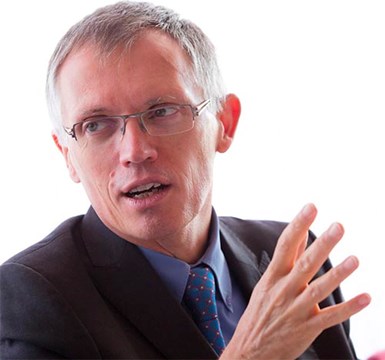 The plan has the mark of Carlos Tavares, the PSA CEO who has been anointed to head the merged companies, written all over it. Tavares is a maestro when it comes to whipping an inefficient car producer into shape. A big part of his strategy is to trim model lineups and reduce the number of platforms needed to carry what’s left.

PSA had just lost €2.3 billion ($2.6 billion) when Tavares showed up in early 2014 as the company’s third CEO in seven years. A month later, he unveiled a “Back in the Race” turnaround plan that called for dropping 19 of the French carmaker’s 45 models and sharpening the company’s focus on operating profits.

Tavares applied the same tactic when PSA acquired Adam Opel from General Motors in 2017. Under GM management, the German carmaker had racked up 17 consecutive years of losses totaling €22 billion ($24.5 billion).

A year later, Tavares had slashed Opel’s operating costs by 17%. His prescription: dump slow-selling Opel models, replace Opel engines with more efficient PSA powerplants and launch plans to shuffle production into what he described as significantly more efficient PSA factories in France. He predicts Opel will reach sustainable profitability in 2020.

It will be more of the same at FCA if the merger with PSA goes through. For now, FCA relies heavily on profits from its high-margin Jeep SUVs and Ram pickup trucks to pay its bills.

But selling small Fiat brand cars in Europe, once the company’s primary market, has turned into a dubious business at best. That’s where Tavares will strike next.