Maybe the third time is the charm
#GeneralMotors #americas #facilities

Mexico has been busy this week confusing everyone about when its auto sector can resume operations. Today it tried for the third time in three days to get it right. 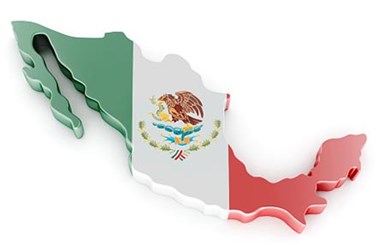 The muddle began on May 13. That’s when the government’s official journal announced that carmakers and suppliers may resume production on Monday, May 18. But a day later, that decree was whisked away and replaced by a new one with a June 1 start date.

Today (May 15), the government came up with a third plan. It now says companies may begin submitting their safety protocol plans on May 18 and resume manufacturing as soon as those plans are approved.

Not everyone is on the same page yet, Reuters reports. Yesterday, Mexico’s auto supplier trade group, National Autoparts, said its members intend to stick with the original May 18 start date.

One of Reuter’s union sources offers another possibility: Maybe companies are allowed to begin relaunch preparations on May 18 even if they haven’t yet been certified to make anything.

General Motors is among those companies that had intended to restart its three plants in Mexico as soon as the week of May 18. GM makes fullsize pickup trucks in Silao and SUV/crossover vehicles in San Luis Potosi and Ramos Arizpe. All those models are popular and highly profitable in the U.S.

But GM acknowledges it isn’t exactly sure where it stands. For now, a spokesperson tells Reuters, the company is “analyzing the situation and the government’s indications.

Mexico should take a deep breath and try very hard to be very clear about its safety certification process.

As many analysts have noted, Mexico’s output of parts and vehicles is critical to the U.S. plans to restart its own auto industry. Observers also have pointed out the intricacies of restarting a complex supply chain.

Mexico hasn’t been making the process any easier.