Michigan has removed a major barrier to the U.S. auto industry’s return to production. 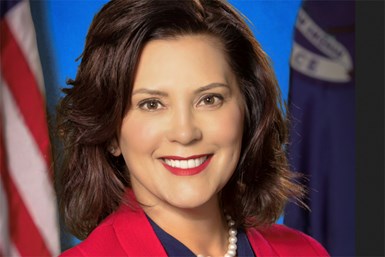 Gov. Gretchen Whitmer says manufacturing in the state may resume on May 11. This would give suppliers time to relaunch their operations and be ready to ship to assembly plants in the state, which are scheduled to reopen a week later.

General Motors, Ford and Fiat Chrysler Automobiles idled their U.S. factories on March 19. They aim to reopen the facilities on May 18.

Michigan is especially critical to the North American auto industry because a large proportion of automotive suppliers have facilities in the state.

“We are not out of the woods yet, but this is an important step forward,” Whitmer says of her six-stage plan to return Michigan to normal. She says the state currently is at level three, in which the ratio between new COVID-19 cases as related fatalities has stabilized.

She has been a strong advocate of strict measures to curb COVID-19 fatalities—now greater than 4,300—through bans and restrictions whose durations are determined by medical evidence. Republican lawmakers complain that she has been overstepping the powers of her office, and a few have sued to challenge her orders.

In announcing that manufacturing may resume, Whitmer also extended the state’s stay-home order from May 11 to May 28. The ruling allows people to run important errands and go to a job.

But Michigan continues to ban sit-down restaurants, bars, theaters, gyms, almost any in-person work that isn’t necessary to protect or sustain life, and gatherings of more than 10 people.

Future recovery phases described by Whitmer’s plan would be marked by a downturn in hospitalizations and deaths, a point where any new outbreaks can be quickly contained, and a final post-pandemic stage in which life returns to normal.