Car companies probably think they’re pedaling as fast as they can to bring new tech to their industry.

But a new U.S. poll by Cars.com says Millennials—who represent the industry’s largest pool of future customers—haven’t been impressed.

Half of the respondents born between 1981 and 1996 say they expected to see fully autonomous cars buzzing around by now, a sharply higher ratio than for older respondents. 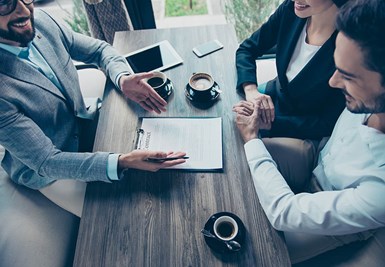 The younger group also had been notably more bullish about the use of over-the-air software updates for cars. Like Gen Xers (born between 1965 and 1980), Millennials also thought vehicles powered by electricity and other alternative fuel sources would be commonplace today.

Baby Boomers (born between 1946 and 1964) were the most realistic about the pace of technology deployment. They also are the most optimistic that robotic cars, wireless software updates, predictive traffic aids and other new technologies will be widely available by 2030.

Cars.com says Millennial and Gen X consumers are the happiest about cars in general. Baby Boomers are notably more neutral or unhappy.

Surprisingly, Cars.com says that nine in 10 Millennials consider it at least “very important” to own their own car. That’s about the same ratio reported for older Gen Xers (those born between 1965 and 1980) and Baby Boomers (1946-1964).

But note that only about 60% of respondents in all three age groups regard car ownership as “extremely” important.

Millennials frequently have been described as averse to owning their own vehicles, although some research indicates it’s more a question of ability to buy than desire to own.

When Millennials do decide to purchase a car, they are more likely than older shoppers to sign longer-term loans that reduce their monthly payment. Gen Xers and Baby Boomers tend to make larger down payments and focus on a lower interest rate.

Cars.com notes all age groups are likely to look online for information about new cars and calculators that tell them how much they can afford. Millennials are by far the most likely to prefer to conduct the entire shopping and buying process online.