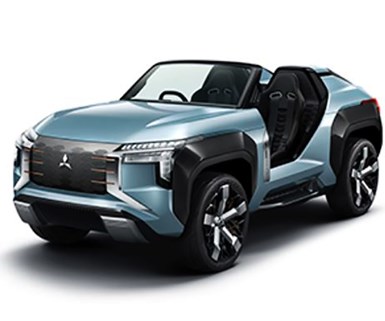 The series hybrid architecture employs the turbine unit as a range extender rather than directly powering the wheels, as is done in more common parallel hybrid vehicles.

MMC didn’t reveal the Mi-Tech’s specs, but it says the generator is about half the size of a gasoline engine with the same performance capabilities. The company also notes that the smooth-running powerplant can run on a variety of fuels, including alcohol, kerosene and diesel. 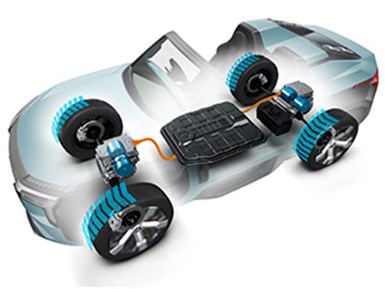 In addition to all-wheel drive, the quad-motor design provides torque vectoring, extended all-electric driving and better off-road capabilities, according to the carmaker.

MMC says the system can control the vehicle when two tires are off the ground and can be used to execute in-place 180° turns by counter-rotating the left and right-hand side tires.

Describing the technology as being in the early development stages, Mitsubishi says it is working to overcome reliability and durability issues related to heat management and other issues that have plagued similar designs from other carmakers.

MMC took the wraps off the Mi-Tech at this week’s Tokyo auto show. The car’s dune buggy-like open-top and doorless design is unlikely to make it into a production vehicle. But other styling cues, such as new lighting and grille treatments, are expected to preview the look of the next-generation ASX compact crossover due in 2021.