Mitsubishi Motors is bailing out of the European market to focus on its more promising operations in southeast Asia.

The move is part of MMC’s “Small but Beautiful” plan as the junior member of the 21-year-old Renault-Nissan alliance, which it joined three years ago.

All three partners are struggling with sinking sales and evaporating profits. In May the trio unveiled a “leader-follower” strategy to divvy up global markets and further integrate product and technology sharing. 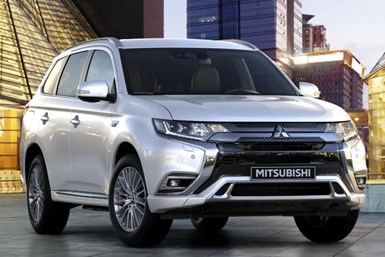 Outlander PHEV will get a new drivetrain for 2021 (Image: Mitsubishi Motors)

MMC’s role over the next three years will be to concentrate its resources on core products and the ASEAN region—one market where the company describes itself as competitive.

MMC says it won’t introduce any new models in Europe, where it holds a 1% market share and is losing money. The carmaker plans to phase out existing models at the end of their product lives, starting with the Pajero crossover vehicle in 2021.

Among the company’s announced goals:

MMC’s strong suits are in hybrid-electric and four-wheel-drive powertrains. It will take the point on hybrid powertrain development for the alliance’s C and D segment models.

What About the U.S.?

Mitsubishi Motors’ new strategy says nothing about the U.S., where the brand has a 7% market share after seven years of continuous sales growth. The company remains committed to the region, at least for now.

About 80% of the carmaker’s U.S. leadership has been replaced over the past year or so. Earlier this year, the company moved its U.S. headquarters from California to Tennessee and installed a new regional president. Last week it announced it will debut four updated models between now and mid-2021.

So, how much is riding on MMC’s performance in the American market next year? From the looks of it, pretty much everything.