Osamu Masuko, who ran Mitsubishi Motors for the past 16 years as president and then CEO and chairman, has died at age 71 of heart failure. 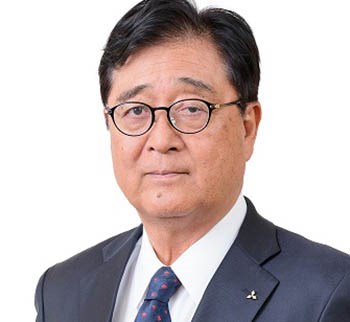 Masuko stepped down as CEO in June 2019, turning that job over to Takao Kato. He relinquished the chairmanship early this month, citing health reasons.

Masuko’s senior leadership career included a scandal in 2016 about overstated fuel economy ratings. The revelation crushed MMC’s sales and prompted Nissan to step in and acquire a controlling 34% stake in the company.

Masuko worked closely with then-Nissan Chairman Carlos Ghosn to merge the two carmakers and, in 2017, add MMC to the Renault-Nissan alliance.

The alliance was badly shaken two years later when Ghosn, then chairman of all three companies, was arrested on charges of financial wrongdoing at Nissan. He worked to recast MMC as a “small but beautiful” carmaker with a heavy emphasis on electrified vehicles and a strong focus on markets in southeast Asia.

Masuko began his career in 1972 at the Mitsubishi Corp. trading company, joining MMC as head of its overseas operations in 2004. He was named president of the carmaker a year later and became its CEO and chairman in 2014.

Over the final four years of his career, Masuko’s title changed six times with various combinations of chairman, CEO and/or president. He became a special advisor to the company at the beginning of this month, only days before stepping down entirely.