Santa Monica, Calif.-based Fair Inc., a 3-year-old startup that specializes in short-term leases and vehicle subscription programs, is laying off 40% of its staff as it focuses on profitability.
#Ford #people

Santa Monica, Calif.-based Fair Inc., a three-year-old startup that specializes in short-term leases and vehicle subscription programs, is restructuring and laying off 40% of its staff as its focuses on profitability. 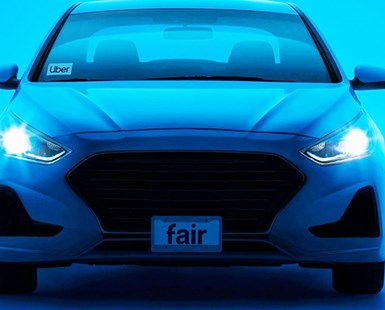 As part of the plan, chief financial officer Tyler Painter—the brother of CEO and founder Scott Painter—is leaving the company. Kirk Shyroc will serve as CFO on an interim basis to manage Fair’s banking relationships and fleet management programs.

The company, which is valued at $1.2 billion, secured $500 million in revolving-credit last month from Japan’s SoftBank Group and Mizuho Bank. Fair said the deal would help it offer short-term access to vehicles in the U.S. for Uber ride-hailing drivers, without a credit check.

In September, Fair also acquired Ford Motor Co.’s Canvas subscription vehicle platform. At the time, Fair said it had about 45,000 subscribers and Canvas had 3,800.