Struggling U.K. automaker is trying to get some of the AMG magic
#AstonMartin #HP #MercedesBenz

As expected, Tobias Moers has been named CEO of Aston Martin Lagonda as of August 1. He is replacing Andy Palmer.

In making the announcement, executive chairman Lawrence Stroll noted that Moers, who had been chairman of the management board and CEO of Mercedes-AMG GmbH, as well as the firm’s chief technical officer, doubled the Mercedes-AMG product portfolio and quadrupled the number of vehicles sold. 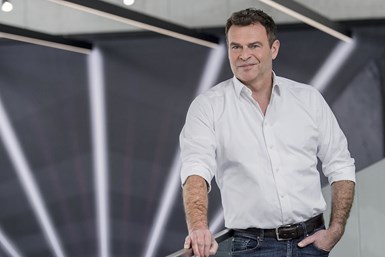 Tobias Moers is moving to the U.K. from Germany when he takes over Aston Martin Lagonda on August 1. (Image: Aston Martin)

Volume is something that Aston Martin needs.

To the point of how well the AMG marque is doing, consider this:

So if Mercedes-Benz USA sells 967 AMG GTs for all four quarters (obviously, COVID-19 means that won’t happen, but just stick with me), this means that it would sell 3,868 units for the year.

That is one vehicle in one country.

That 3,868 is nearly 66% of the total number of vehicles Aston Martin sold last year.

Clearly, Moers, who had been with Mercedes-AMG since 2013, has done a tremendous job of increasing vehicle sales.

Incidentally: the Aston Martin Vantage is powered by a 503-hp, twin-turbo 4.0-liter V8—which comes from the Mercedes-AMG GT.

Mercedes-AMG GT is the donor for the engine used in the Aston Martin Vantage. (Image: Mercedes)