The last time Elon Musk appeared on the Joe Rogan Experience podcast (in September 2018), he famously toked a joint and sipped whiskey. 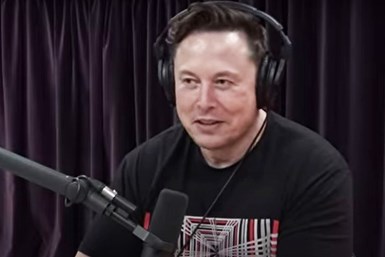 The mercurial billionaire was slightly more subdued this time around, but he still had plenty to say (on a lot of topics) when he joined the equally outspoken Rogan this week. The two-hour interview was released Thursday.

Here are some highlights…

Naming His Son and Selling Off Material Possessions

Earlier this week, Musk announced the birth of his son, the distinctively named “X Æ A-12.” On the origins of the name, Musk explained that it was a collaboration between him and his girlfriend, the singer Grimes. She provided the first part, which is pronounced “X-Ash.” 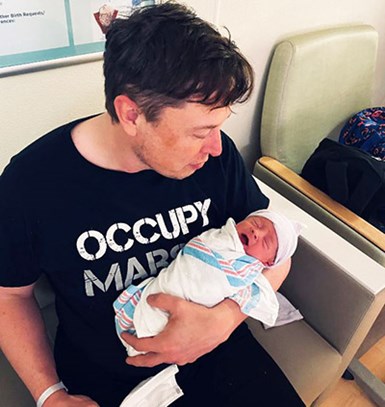 Musk contributed A-12 in honor of the Archangel 12 reconnaissance plane. Built in the early 1960s, the A-12 was the precursor to the SR-71, which Musk hails as "the coolest plane ever."

Musk also made headlines recently with plans to rid himself of “almost all physical possessions,” which he followed up by putting two of his six mansions up for sale—including one previously owned by the late actor/comedian Gene Wilder.

In rationalizing the decision, Musk told Rogan that possessions can “weigh you down.” He also acknowledges that he can’t live in all of the houses and that his time would be better spent developing a rocket that can take people to Mars rather than on interior decorating projects.

The Importance of Manufacturing

Lamenting that manufacturing has gone from being highly valued in the U.S. to becoming looked down upon, Musk says attention needs to be refocused on “making stuff.” But he worries that too many smart people go into finance and law instead.

Musk also took a swipe at billionaire investor Warren Buffett, who criticized the Tesla CEO last year for his omnipresence on social media. Noting that he isn’t a big fan, Musk disses Buffett for having a “boring job” but concedes that studying which companies deserve capital allocation is important.

When asked how he’s able to split time between his various projects and enterprises, Musk says the bulk of his “brain cycles” are devoted to Tesla and SpaceX.

By comparison, the Boring Co. (high-speed underground transportation) takes up less than 1% of his time.

Neuralink, a 3-year-old startup that’s developing artificial intelligence interfaces for the human brain, also accounts for a relatively small amount (about 5%) of Musk’s bandwidth. But a large part of the podcast was devoted to the topic.

Neuralink aims to implant tiny electrodes into the brain to enhance memory and thought capabilities. Potential applications include treating epilepsy, Alzheimer’s disease and other brain disorders—or even restoring limb functionality, sight and loss of hearing.

Musk claims the technology could be ready for testing within a year. Getting FDA approval, however, “won’t happen overnight.”

Musk also doubled down on his critique of stay-at-home orders imposed in the U.S. to curb the spread of the coronavirus. Calling them an infringement of civil liberties and complete violation of rights, he claims state lockdown orders are "unconstitutional" and wouldn’t hold up in court.

Suggesting that COVID-19 mortality rates are exaggerated, Musk says the panic over the outbreak has been unjustified and threatens to unnecessarily harm the economy. None of Tesla’s 7,000 workers in China contracted the virus, according to Musk. However, he does say that the response to the coronavirus could help prepare the world for even more severe pandemics.

The conversation didn’t turn to Tesla until the final 10 minutes of the podcast. 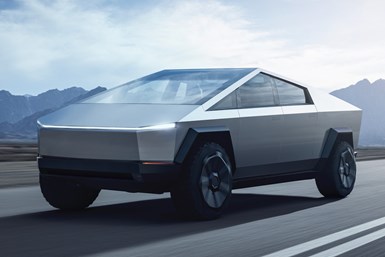 When asked about the next-generation Roadster, which was teased in late 2017 and was originally due to launch by as early as late this year, Musk said other projects had moved to the forefront. This includes the launch of the Cybertruck and Semi heavy-duty truck, as well as an update of the Model S sedan.

Describing the Roadster as “kind of like dessert," Musk says the "the meat and potatoes and greens” have to come first. In addition to new models, this includes the construction of a new factory in Berlin.

When the new Roadster does arrive, Musk vows it will be well worth the wait. He reiterates that the base model will be able to sprint from zero to 60 mph in 1.9 seconds.

Musk also provided some insight about the stunt that went awry during last November’s unveiling of the Cybertruck. Tesla demonstrated its durability by taking a sledgehammer to the cold-rolled stainless-steel body and throwing metal balls at the armored glass side windows.

In retrospect, Musk says, the two should have been done in reverse order because the sledgehammer weakened a corner of the glass, which then cracked when it was hit by the ball.