Mystery Ford Model Due Next Year

It started with the Ranger pickup in 2018. This year adds the Bronco Sport compact SUV, which will be followed by a pair of midsize Bronco SUVs early next year.

So what will be the next iconic nameplate to be revived under Ford’s trip down memory lane as the company continues to expand its truck lineup?

In a presentation to Bank of America, Ford confirmed it will launch a new vehicle next year. An image of the vehicle hidden underneath a sheet appears to show the outline of a truck. 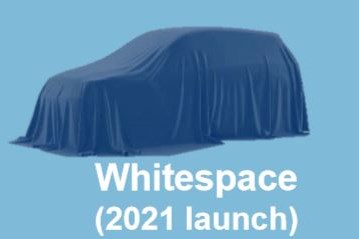 It’s listed as one of the new products that will be built at Ford’s Michigan Assembly Plant in Wayne, Mich., and/or Hemosillo, Mexico, factory. The former builds the midsize Ranger pickup and Bronco SUVs, while the latter makes the Bronco Sport.

Ford identified the unnamed model simply as “whitespace,” indicating it will target an untapped segment—or at least one in which Ford currently doesn’t compete. Such as the compact pickup market, which has disappeared since Chevy dropped the S-10 15 years ago and Ford discontinued the previous generation Ranger in 2011 as the market migrated up in size and price, Muscle Cars & Trucks notes.

Ford reportedly showed the new small truck, which is expected to share a unibody platform with the Bronco Sport and start at under $20,000, to dealers earlier this year.

Unlike Bronco and Ranger, Maverick is not a historic truck name. 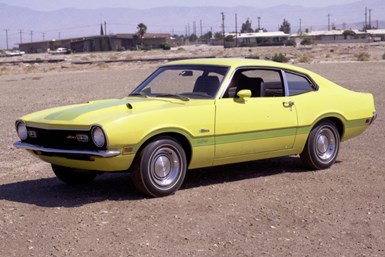 The name was introduced in 1969 on a rear-drive compact car as a sidekick to the Mustang. Conceived as an import fighter to compete against a growing wave of small Japanese models—as well as the Chevrolet Nova and Dodge Dart—the Maverick featured a long hood and fastback roof.

Ford dropped the car in the U.S. in 1977 and two years later in South America. But the carmaker later used the name on several SUVs in Europe and Australia, including rebadged Nissan models, from the late 1980s to early 2000s.

Over the last few years, Ford has renewed trademarks on the Maverick name. And if the upcoming Mustang Mach E is any indication, the company has no problem repurposing a name for a completely different type of vehicle.