Three years of wrangling are over. The updated trade deal involving Canada, Mexico and the U.S. is finally heading for Congressional ratification—sometime next year.

Three years of wrangling are over. The updated trade deal involving Canada, Mexico and the U.S. is finally heading for Congressional ratification. 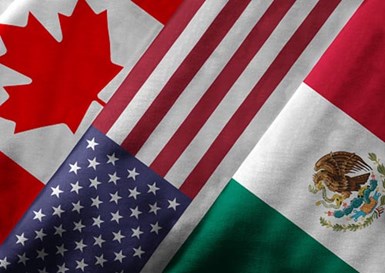 The pact is a rare case of bipartisan cooperation in these hyper-partisan times. Democrats and Republicans alike are praising the outcome as a worthy pattern for future trade agreements.

The U.S.-Mexico-Canada Agreement, as the treaty is called, won’t be ratified by Congress until next year. But getting the measure this far down the road pretty much makes good on a campaign promise made by President Donald Trump three years ago. He repeatedly blasted the incumbent North American Free Trade Agreement as America’s “worst trade deal ever” and vowed to fix or pull out of the accord entirely.

Hyperbole and posturing aside, even NAFTA supporters concede the nearly 26-year-old treaty needed a tune-up. Detractors have complained for years that NAFTA made it too easy for carmakers to move jobs from the U.S. to Mexico and for foreign-based producers to set up shop there instead of the U.S. Trump also was keen to ease Canadian restrictions on American farm products.

The new trade deal says cars built in the treaty’s three countries must contain 75% local content (up from 62.5% under NAFTA) to qualify for tax-free shipment across their borders. The pact further stipulates that 40% of a qualifying vehicle’s value must come from workers who are paid at least $16 per hour, a bid to hang onto manufacturing jobs in the U.S.

Maybe most important, USMCA improves on NAFTA’s ability to enforce its own rules. This was a key element to win Democrat support.

The new treaty isn’t the complete NAFTA replacement that Trump described on the campaign trail. But it does appear to be a suitable compromise that satisfies the Trump administration and leaves carmakers with a trilateral trade structure they can work with.