Nevada to Give California’s Low-Emission Targets a Whirl

Nevada plans to join at least 14 other states in adopting some form of California’s strict vehicle emission rules.

Gov. Steve Sisolak says his state’s interpretation of the California standards will be based on input from the public, industry and environmental groups. 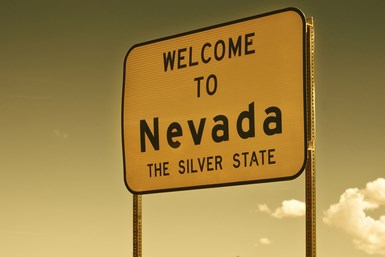 Sisolak emphasizes that the outcome “will not require anyone to give up their current vehicle or choose one that does not work for their lifestyle or business needs.”

Nevada is wading into a legal tangle that involves California’s right to set its own pollution standards and the federal government’s rationale for softening federal regulations for fuel economy and carbon dioxide emissions.

The Trump administration is weeks away from a controversial easing of Obama-era regulations for CO2. California wants to stick with the tougher rules, even after it was stripped of its 50-year-old right to set its own regulatory path. Both issues are the subject of multiple jurisdictional lawsuits.

There’s much at stake here, since the states that already support California’s rules represent roughly 40% of the U.S. new-car market.

Sisolak says his new Clean Cars Nevada initiative will, between now and the end of 2021, evaluate the adoption of California standards aimed at reducing CO2 emissions and boosting the sale of electric vehicles.

Citing the need to address climate change, Sisolak declares, “Now is the time to set a new trajectory that will establish Nevada as a leader in the clean transportation economy.”

The state’s environmental agency says transportation is Nevada’s primary source of greenhouse gases—and will continue to be through 2030.

Sisolak’s goal is to balance market choice with the goal of achieving sustainable “climate resilience” for Nevada.

The question is whether the state’s solution, due more than a year from now, will come before or after the national legal battle over the question is over.